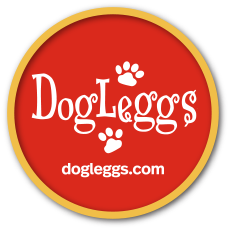 Compulsive licking has the following necessary condition: licking in excess of that required for standard grooming or exploration. The following condition is sufficient: licking in excess of that required for grooming or exploration that represents a change in the animal’s typical behavior and interferes with other activities or functions (eg, eating, drinking, playing, interacting with people) and cannot easily be interrupted. The sufficient condition describes the characteristic manifestations of all obsessive-compulsive disorders (OCD): repetitive, out-of-context behaviors that are not interrupted by conventional stimuli (social or gustatory) for more than a short period, and that consistently interfere with the animal’s ability to engage in what were formerly normal behaviors for that age and species. This form of licking can be directed at self (grooming) or toward floors, shiny objects, etc (exploratory). More extreme behaviors are associated with compulsive licking than with excessive licking, which may be just a subset of OCD (see below). It is not clear if the forms of the OCD are indicative of varying neuroanatomic or neurophysiologic pathogeneses. It is also possible that compulsive licking and excessive licking are merely 2 recognizable points on a continuum. Diagnosis of OCD is usually made only when the condition is fully developed—early stages are understudied. Compulsive and excessive licking are also seen in cats.

Obsessive-compulsive disorders have the following necessary condition: repetitive, stereotypic motor, locomotory, grooming, ingestive, or hallucinogenic behaviors that occur out-of-context to their normal occurrence, or in a frequency or duration in excess of that required to accomplish the ostensible goal. The following condition is sufficient: as above, in a manner that interferes with the dog’s ability to otherwise normally function in its social environment. Although it can be debated whether animals can obsess, it appears that they perceive and experience concern; therefore, it is likely that they can obsess. A separate issue is that of relative intensity, ie, whether a behavior is excessive, or whether a manifestation of an OCD may be a determination of degree. Careful description and recording of behaviors and their durations could provide data that would permit evaluation of the extent to which such behaviors may lie on a continuum. Good histories and observation are important because in some peculiar forms, OCD could resemble seizure-like activity. By definition, some epileptic or seizure-like activity is stereotypic, which is one reason why this explicit and specific diagnosis category is preferable to that of stereotypic behavior. Cats also exhibit OCD. In both cats and dogs, OCD runs in families and, therefore, breed lines. In dogs, the form of OCD exhibited appears to be affected by the jobs/tasks for which the breed was selected (eg, herding breeds often chase their tails).